6:42: It’s the final day of the sprint. Sundays usually mean getting less done than Saturdays, but that’s fine by me. I’ve already completed everything I planned on doing this week plus a lot more.

Sundays also mean (as of last week) a new update of the program for you guys! I’m excited to hear your feedback again. I think that went really well last week.

I’m working on being able to bend ship parts around today. If that’s all I do today, besides the Sprint Retrospective and the new release, I’m in good shape.

9:10: Well I’ve been working on these rotations all morning, and while I’ve got a lot of little things to get sorted out still, the basic functionality is there. The image below shows the most different ship we’ve seen so far: 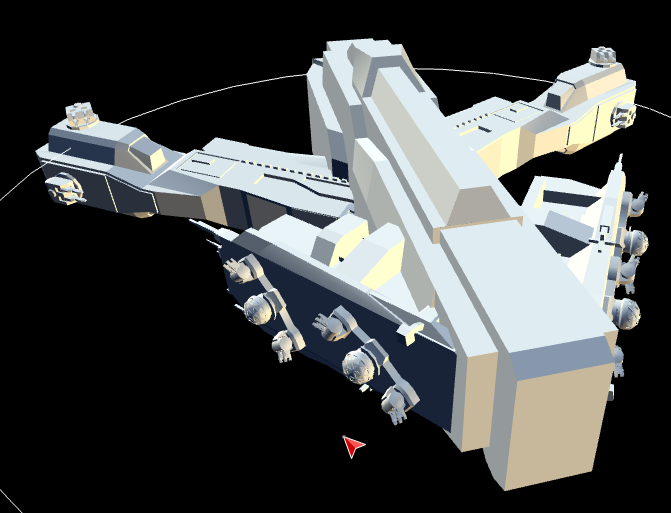 Of course, now I’m wishing I had mirroring working again, because that would have made things much easier here. After seeing this in action though, I wonder if it’s not just a little confusing. Building these ships needs to be intuitive, but if rotations are difficult, I don’t need to take things to this extent. I’ll have to think on this a little more.

Now to go clean things up.

11:27: Well… things aren’t going as smoothly as I had hoped. There’s lots of strange things going on when you rotate the object then try to bend it into weird ways. I think I know how to address this, but it will take some time. So I think I’m going to pull out the bending code for now, because I have a few other things that I want to do that I think will be more important. If I get the chance, tonight, I’ll try again. Otherwise, I think there’s a really good bet it will be a part of the next sprint.

22:15: Geez.. it’s been a long day. And kind of a frustrating one. I was planning on putting together another release for you guys, but I’m tired. The game beat me today…. But I’ll be back tomorrow. New release then, I promise.