11:42: I’ve been hard at work this evening building a framework for the infocards. These are the little things that will pop up when you hover over a ship or a part on a ship, and display the object’s details. This was something that was outlined in detail when I originally made my mockups.

The infocards pop up in the correct location, and show the data for the right parts, just… not very much of it. All that you can see right now is the ship name and the name of the part type. The rest is empty: 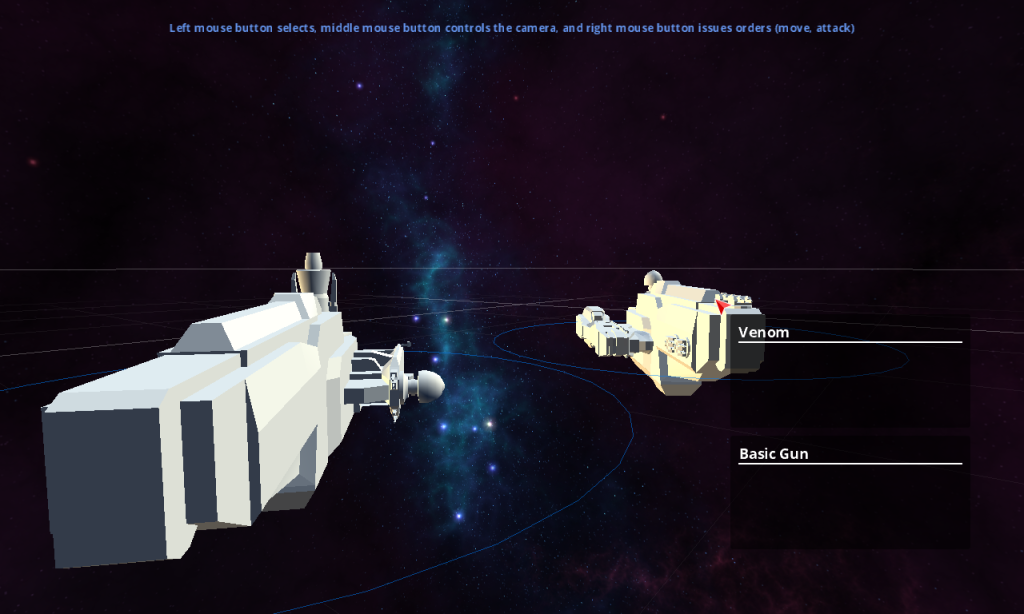 I actually think you guys would think this new feature is pretty cool, but no daily build today. Despite the fact that of the feedback I’ve gotten so far, you’ve all said you kind of like the daily builds, as long as it’s easy to make happen.

The reason why I’m not putting out a new build is because I spent the last 30 minutes trying to build a script that will automate it. Something that will take my code, build it into a ClickOnce application, and upload it through FTP to the server. Interestingly, the parts that I thought would be hard, ended up having simple solutions, and the things that got me were the simple things. Welcome to the life of a programmer, I guess!

Anyway, you should expect to see a new daily build (bi-daily build?) tomorrow, when I get a chance to clean up the last remaining little problems. For now, you’ll have to live with a pretty picture instead. (And yesterday’s release.)