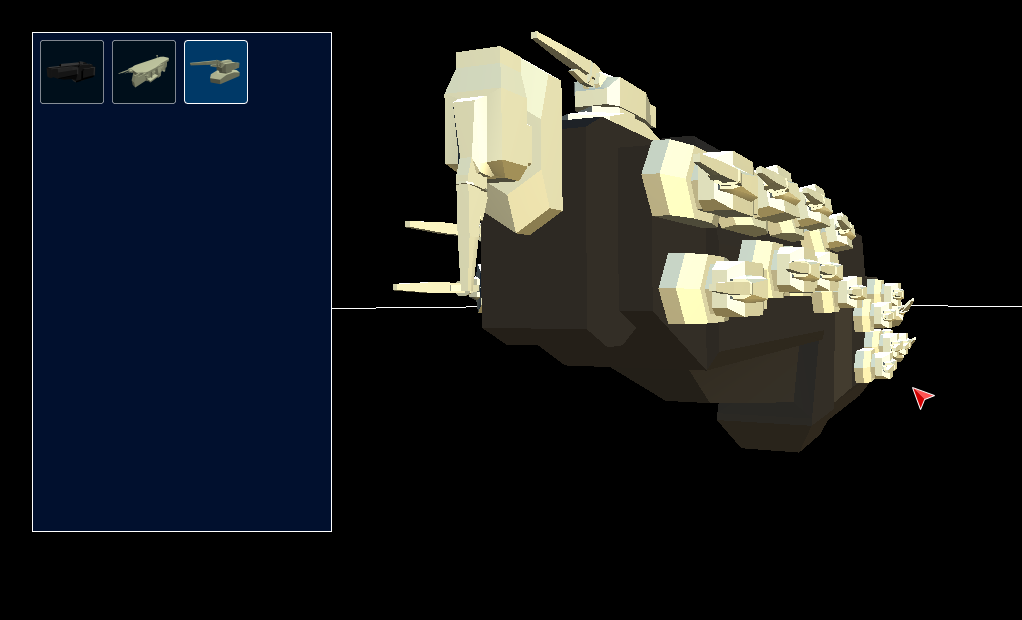 Will I be able to make any kind of shape as the basic hull? Or are we going to choose from some existing hull models?

Oh and how do you save the crafted ship into a functional 3d entity imn the code so that player can spawn it? The turrets and other modifications will have to work on their own, so the ship class will have to be a class of some intricate design. how will it come together? I can’t wait to see your class diagrams! That is if you are ever going to share them. Or at least a description of how the ship class (or classes that make up the ship) work and update. And how will you handle computer AI to make it’s own ships?