6:27: First, I reach the 25% mark, then it turns into March? What’s going on here?! The hourglass would appear to have too wide of an opening, and all of the sand is just dumping through to the bottom. I don’t get it. Where’s my pause button?

When March ends, I’ll be over half way done with my time.

OK, enough worrying about time for one day. I’m here, earlier than most mornings. There’s a fairly reasonable chance, though, that I won’t be back in the evening. I’m taking a two hour drive after work (long story that isn’t worth getting into here) and I may or may not find time to get back to the game tonight. But that’s just how life works, so I’m not worried.

Let’s just see what I can get done this morning.

7:07: Well this is an interesting little bug. Floating parts. 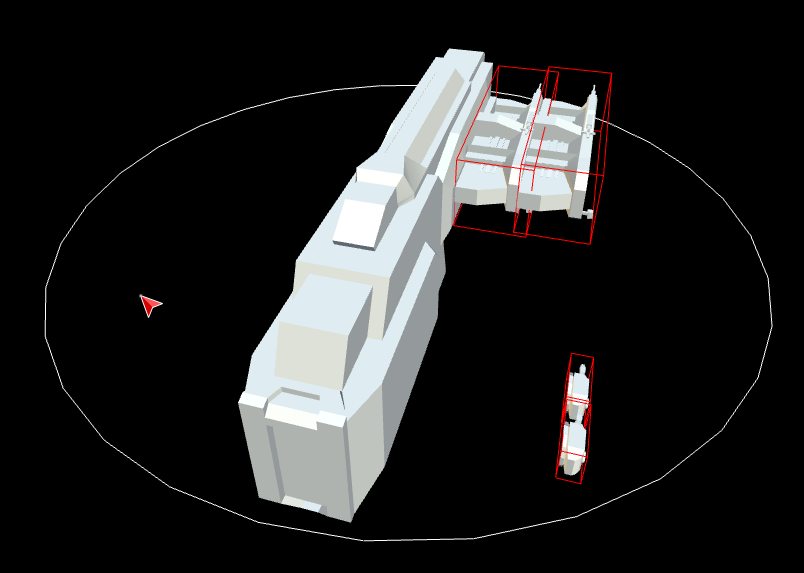 That’s what you get when you move a part that had things attached to it. I think I’ve found the root cause of this problem and can get it fixed, but it had me pretty perplexed for a little while.

7:18: I’ve now got that last little problem fixed. I’ve got, I think, two fairly large things left with moving objects. One is if you pick up and move an object off of the ship, it needs to get deleted. Two is that if you have a really large part, and you grab it on the edge, as soon as you start moving the mouse, the object will jump a long way so that the center is lined up with the mouse position. On my littler objects, like the guns, I didn’t really notice it. On my hull parts, it was glaringly obvious and annoying. Once those two tasks are done, moving parts around on your ship will be essentially complete.

7:34: I’ve got that second part done, but as I was doing so, I realized I had forgotten to list that I also need to make sure that the place you’re moving the new object to shouldn’t be able to overlap with anything that’s already there. So even though I’ve checked off an item, I’ve also added one.

8:26: Still not quite working. I’m hoping to finish this tonight, but like I said, it will most likely be tomorrow before I get back to this. But I don’t think it will be much longer now. You’ll definitely see all of this working in the next development release. (I probably shouldn’t promise things like that.) 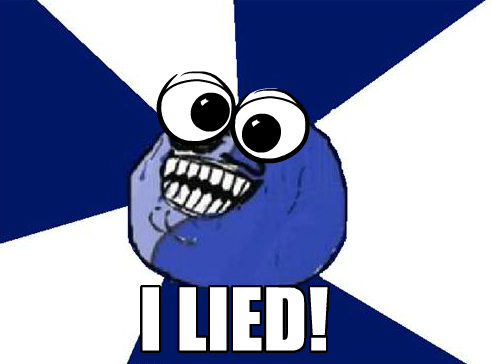 Yep, that’s pretty much me. Though I’m a little less blue.

And have a little bigger eyes.

I’m back until I get too tired to keep going. I love Fridays!

22:02: I think I’ve got part dragging working now! I could take a screenshot or two, but that doesn’t seem very useful for this. Perhaps a video. But I don’t really feel like I’ve got a very good choice for video capture. I’ll ask about that in a separate meta post.

This week has just been awesome. I feel really good about what I’ve already been able to accomplish. I’ve only got a couple of pretty small features left in my sprint backlog. And neither of them should really cause me any problems. In fact, I should have nearly all of Saturday, and all of Sunday to do extra stuff. Of course, I have plenty of ideas for what to tackle in that time.

22:23: I said I was back until I was tired, and I guess we’re there. This really doesn’t seem that late to me… maybe I’m getting old. That, or the fact that I’ve been up kind of early every day this week programming. 😀