23:52: It seems like my schedule was really messed up today. Lots of other things going on. But I really wanted to do a bit of game programming, so I pulled myself away from what I was doing at about 22:30 (I should have been sleeping…) to try to get something done.

I’ve made small but steady progress on my Fleet Command screen, which allows you to work with your whole fleet. In particular, I think I have selection working. There’s so many stinkin’ bugs though, I’d really hate to give it out as a nightly build. So I won’t.

Here’s the terrible, buggy mess that the Fleet Command screen currently is: 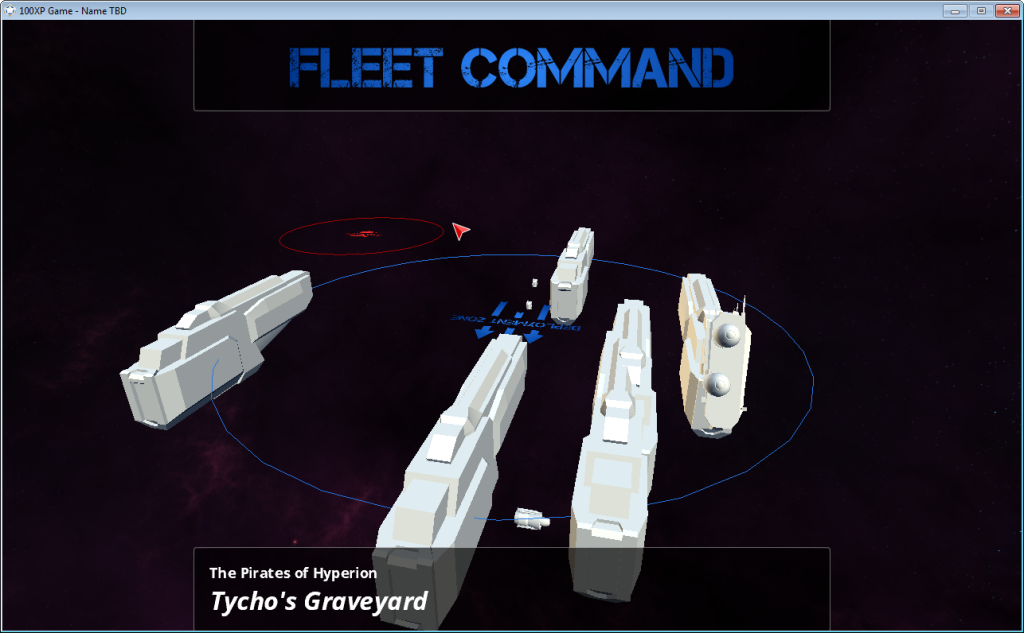 What do you know, your first view at a fleet with more than one ship! But you can see I have floating parts sitting around, and I think all of my ships are backwards for some reason. Plus a whole lot of other dumb problems that you can’t see from a screenshot. I’m really hoping to move beyond this stage, though, and get into the Battle screen in a little more depth over the next few days. That 100 day deadline is really becoming threatening.

But oddly, I feel pretty good about things at the moment.

Oh, and no, all of the ships won’t look exactly alike when the game is truly working. You’ll be able to start with different bases and scale things, etc. Your fleet will be able to be as diverse as you can dream up.