It’s been another really good day. Somehow, I’ve been finding plenty of time (and motivation) to work on this game, and it has been progressing really well lately.

Improvements in the latest build:

Screenshot of the rings: 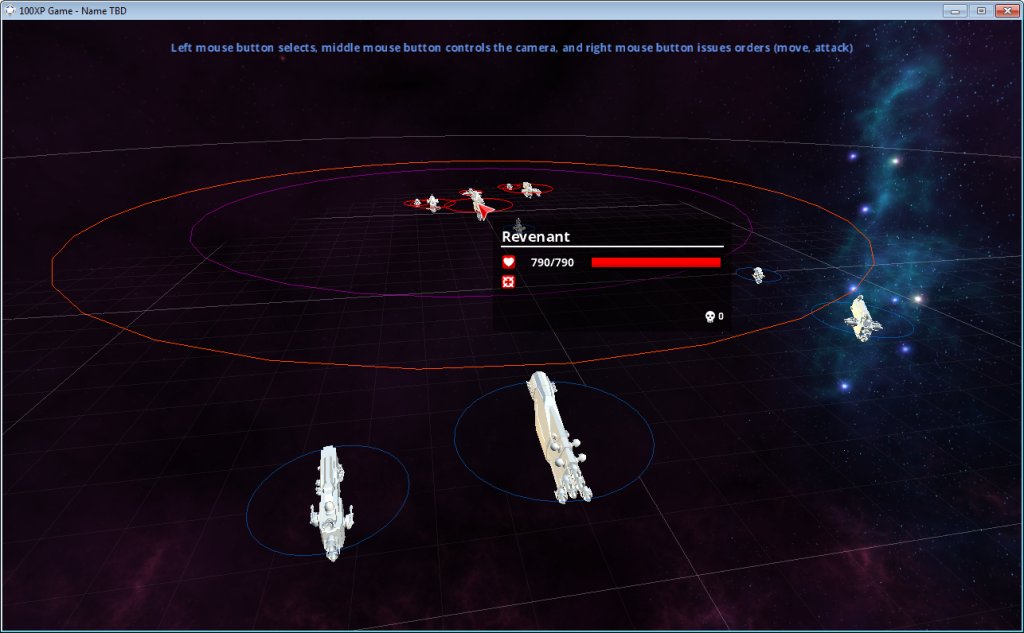 I still have a number of yesterday’s bugs to fix still, and a couple more that people emailed in. I think tomorrow is going to be primarily dedicated to bug fixing.

Perhaps it’s time for another question for you guys, though. How is the loading time for you? In debug mode, it’s unbearable for me. I mean, it takes minutes for the game to get up and running. So basically, I’m in a situation where I don’t want to restart the game unless I absolutely need to. It seems like for me, in release mode, it’s taking 20 or 30 seconds. Are you guys seeing this too? Considering how little its actually doing, this seems unreasonably slow. Is it time to address this?

Huh, it loads from executable to menu in around eight seconds (freezes for bit around 4/6ths through) on my machine. Then again, I’m running this on an exorbitantly powerful gaming rig.