I skipped a day (yesterday) somehow, but I don’t think I’m going to go back and fill it in. That’s mostly because what I was working on yesterday and today is the same thing. So today’s update covers two days’ worth of work.

One of my goals for the current sprint is to expand your options, as far as ship parts go. I started with a couple of other levels of weapons. While before, you had only guns that shot blue things (which I’m now calling torpedoes), you now also have smaller, faster red ones (missiles), and slower, heavier yellow ones (rockets): 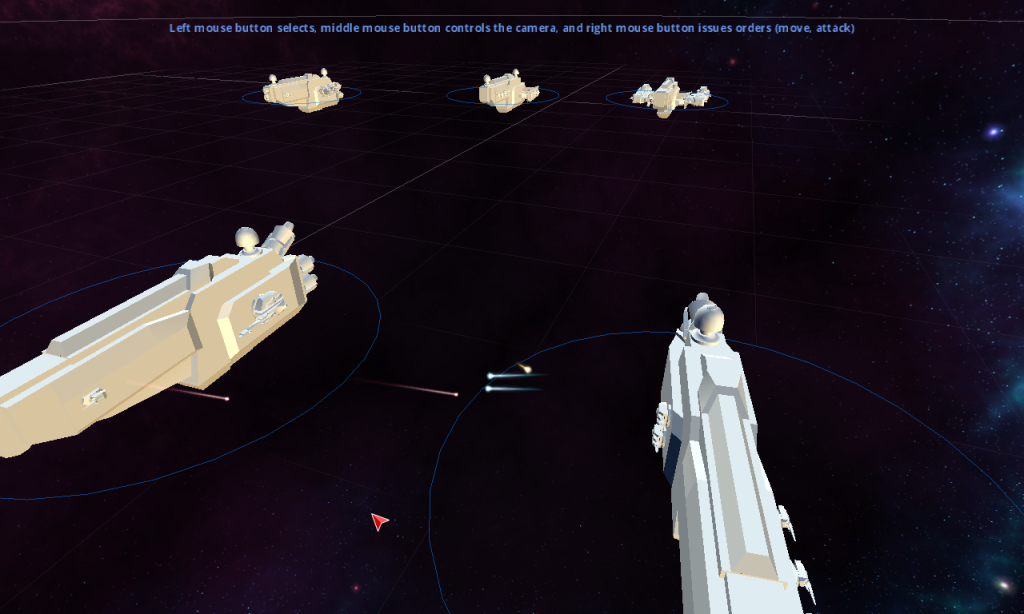 It’s actually pretty amazing how much more dynamic that one little change makes things. There’s a lot more strategy involved. For instance, a ship with the lighter missiles can keep it’s distance and slowly wear down ships with only the shorter range guns. Or build a faster ship so that rockets aren’t as much of a threat. (The slowness of the rockets means they’re easy to avoid for lighter ships.)

No new daily build tonight though. I’m working on making it so that you can build ships using different starting points, instead of just the one that’s been there since the beginning. Then you’ll really be able to start making different types of ship.