Where do the days go? Honestly?

I didn’t spend nearly as much time on this game as I had intended this last weekend. But today, I finally got laser cannons working. Sort of.

There’s a whole slew of things that don’t quite work with it yet, but I’ll address them tomorrow. Namely, lasers don’t actually do any damage, and the transparency thing isn’t working quite like it should. Yeah… those are pretty big limitations.

I also think I want to rebalance it so that missiles/torpedoes/rockets are slower at firing and deal significantly more damage than lasers. The lasers would perhaps become your primary weapon, and when you’ve got a heavier target that you need to deal more damage to, you pull out the missiles? I don’t know. Something like that.

But one of the problems is the lasers currently look way more epic than the missiles. Some scaling might clean that up pretty quickly. Anyway, I’ll want to try to balance that out a little. I think the things that look the most powerful should, in fact, be the most powerful.

If you’ve already got the download, it should automatically update. If not, you can get the download here: http://100experiencepoints.com/daily/100XP-Setup.exe

Here’s a screenshot of the lasers, for those of you who don’t have time to grab the download: 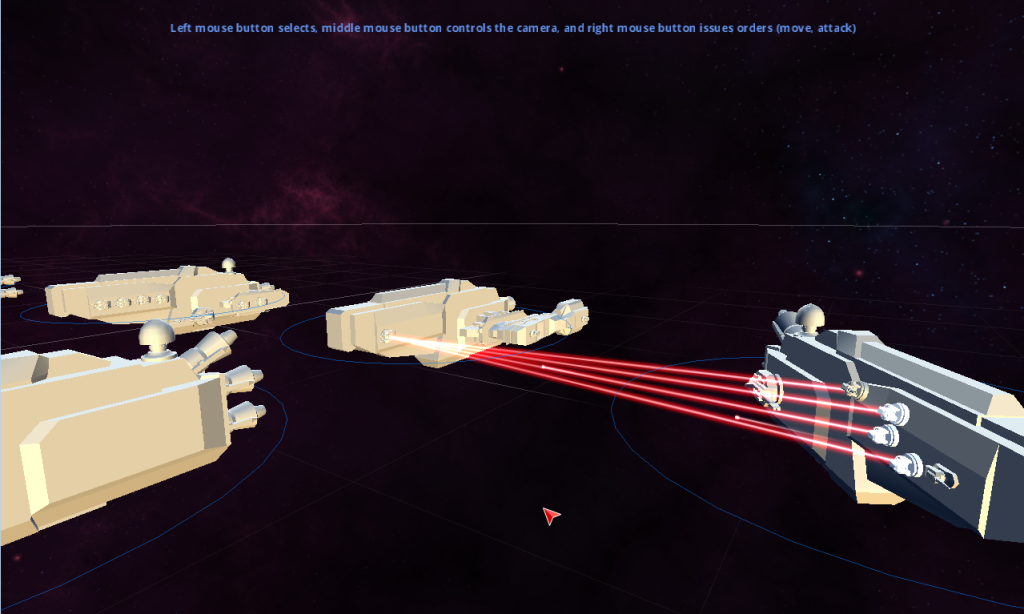